The Slums of Elwood :: Crossing the Border 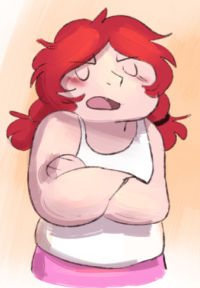 How can you tell?

Well that's the most surprising news I've heard all day

i just wanna be your friend why you so mean

I find it interesting that Andy Griffith himself said this was his personal favorite episode. Then again, it's pretty clear no matter how you look at it, Barney was really the key to the whole show - once we lost him (and the switch to color), the whole show fell flat - and when you think of it, this was probably one of Barney's shining moments: he's eager to buy his first car like a kid would be eager to stay up late, he lets himself get suckered into all these stories by a seemingly sweet little old lady, then we see how near catatonic he is when the car starts falling apart on him... then of course, in the end after learning his lesson, he thinks he's onto another little old lady's scheme, but she was actually sincere.

I think my personal favorite Barney moment is this:

For once, he showed some backbone without letting himself get worked up or hyper thus making a fool of himself... and it actually worked, considering these two pretty much bullied him throughout the episode.
_________________ 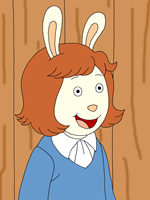 Ah,another Andy Griffith Show fan?
You're right,Barney really was the comedic key to the show,and Andy,despite being the main character, was the straight man.It's no wonder so many people refuse to watch the color seasons,because really,what's Andy Griffith without Barney?
Apparently this was Andy's favorite? He sure picked a good 'un,then.

And apparently Andy figured that out early on, which is why after the first season, he's much more of a straightman to not only Barney, but just about the rest of the residents of Mayberry as well, whereas throughout the first season, he's more of a country bumpkin himself, reflecting his old comedy routines like telling country-fried retellings of old tales like ROMEO & JULIET.

It's kind of similar to SEINFELD too: even though Jerry is actually a stand-up comedian by profession, it's really the rest of the ensemble of George, Kramer, and Elaine who crazy most of the humor in situations while Jerry tends to be just about the only arguably sane one of the group (but then again, the underlying theme of the show was supposed to be about where comedians get their material, so that probably has something to do with it).

It worked well, but when we lost Barney, we really lost the heart of the show, and their first mistake was trying to replace Barney with another incompetent but well-meaning deputy (heck, those few episodes with Warren, they literally recycled scripts that were already written with Barney); their second mistake was trying to make up for the absent with adding new neighbors to Mayberry like Howard and Emmet, who really added nothing to the show. Not to mention by then, Andy became so much the straightman that he was virtually a grump in those last few color seasons.

It's strange, because switching to color really added something incredibly to many shows back in those days: BEWITCHED and I DREAM OF JEANNIE for example only got better with color, even THE MUNSTERS had a test pilot that was filmed in color (then again, those were based in fantasy, of which color plays a big part in), however TAGS somehow only lost its charm when it switched to color.

I will say this though, unlike many digitally recorded shows and movies today, some shows and movies from the 60s have the absolute most brilliant color I've ever seen, especially those that were processed by Technicolor. H.R. PUFNSTUF and many episode of HOGAN'S HEROES are just saturated with rich color (the former of which makes me wish Sid & Marty Krofft didn't switch to videotape for the rest of their shows, videotape was so primitive and cheap back then that videotape shows from the 70s look pretty awful today).
_________________

shits all like I LUV LUCY or some shit

That was a really funny episode especially when Barney's steering wheel came off, being from the south and from North Carolina Andy Griffith is still a popular classic TV show to all us southern folk! and Otis the town's drunk, was my favorite character.

- "Now that's just wrong!...You know Francine and I sleep in the same room. We have to wait til she spends the night at Muffy's house."

"OOH Buster & Molly Lover! You are one hell of a Lover!"

You're not telling me anything I don't know; being a native of Tennessee myself, Andy Griffith is like a treasured icon down here... he has never been off TV down here as far as I can remember: I remember when the show used to air on TBS in the 80s and 90s before moving to TV Land, but one of my local stations in town has played the black-and-white seasons every day since before I was born (though lately, they've been removing the laugh track from some episodes, which bothers me).

I seriously felt like I lost one of the family when he passed away three years ago.

The Slums of Elwood :: Crossing the Border